In Africa, elephants continue to die. Scientists already suspect why 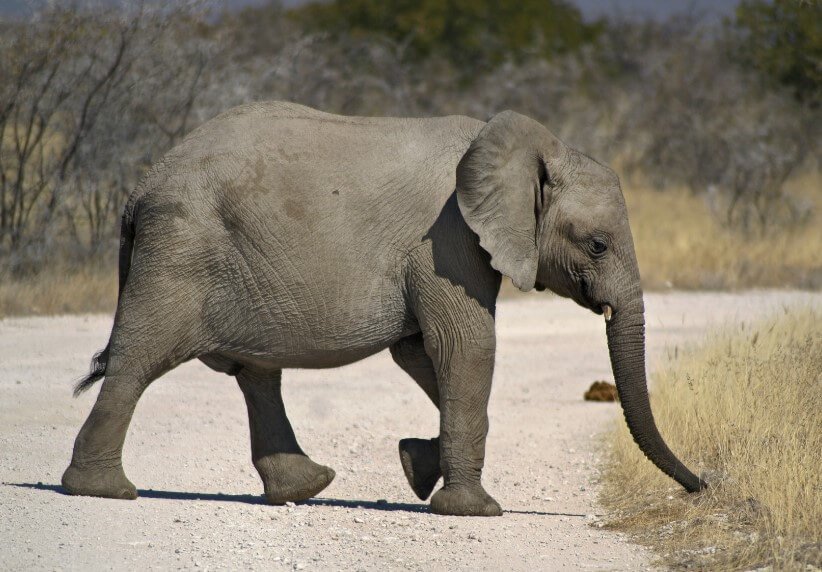 In Africa, elephants are dying EN masse of the species Loxodonta africana

In July 2020 in the foreign media there have been disturbing reports that in the territory of the southern African country of Botswana began to die EN masse elephants. Local residents noticed that some individuals started to walk in circles, testified to the defeat of the nervous system. Most of the animals were found lying face down that hinted at sudden death. Elephants continue to die to this day, but scientists for a long time it was not clear what caused their mass death. If it was the handiwork of poachers, they would cut off the elephant tusks, but they stayed in place. So scientists began to believe that the cause of death of elephants is an unknown disease, which can be dangerous for people. The pandemic coronavirus determine the cause mass destruction of the huge animals was delayed, but recently the thing finally budged.

Death of elephants in Botswana

About the alleged cause of death of elephants that is most similar to the truth, he said . In Botswana opened a real detective story, because the reasons for the mass death of Savannah elephants (Loxodonta africana) there was not particularly. About what is happening in the African country of the situation I have already described . Scientists resented the fact that the government sent samples of the dead animals in the lab searching for pathogens, while unknown disease could be dangerous for people. The researchers didn't do nothing but extensions of theories. For several months they made several assumptions about the deaths of the elephants.

According to them, the animals could die of:

The First two assumptions are eliminated. could not be the cause of their death, because the bodies of animals was found damaged areas of the skin and internal organs. And it is certainly not the handiwork of poachers, because the valuable elephant tusks remained in place. To prove the involvement of an unknown disease, the researchers needed to study the samples of the dead animals in the laboratory. After more than three months from the date of discovery of the first dead elephants, the analysis of the samples was finally performed.

The Cause of death of elephants is really a disease, but not the fact that it is unknown. Researchers believe that destroying animals in the process began due to the impact of the poison that can be produced by some bacteria. Most of the bodies were found near the African Okavango Delta, so it may well be that in these waters, a dangerous bacteria.

the Okavango River itself is not as squeaky clean place

This is not surprising, because poisoned by bacteria in the water many times caused the death of animals. In a previous article I already told about how the reservoirs in the U.S. state of North Carolina and Georgia . Water changed hue because they settled algae, which actually are a collection of microscopic creatures called cyanobacteria. After a swim in contaminated water, their lives have lost a few dogs. Considering that the Okavango river is also infected, and the elephants this water drink — no wonder their is no death.

Cyanobacteria under the microscope

However, at the moment this is also just speculation, albeit very plausible. Researchers continue to study the samples of the dead animals and soon will be able to tell more details. What measures will be taken by the authorities is not yet clear. But at the moment it would be logical to restrict animals and people access to potentially contaminated by bacteria the river to stop the increasing number of victims.

In Addition to the Okavango river is infected with dangerous bacteria may be one of the meteor lakes in India. Recently it abruptly changed color, and scientists began to wonder why this could happen. The answer was pretty quickly found and check it . Happy reading!

monkfish is one of the most unusual and mysterious fish in the world Lucky for us humans to find a mate, just need the courage to go outside or use the app for Dating. Now imagine how hard it is to have fish that live at depths of...

Northern plus very mysterious, but what we know about him? punish the world, where is it? Can the ball be edge? Thou not much to complain about and to be attached to some point, then this edge can be considered a pole. They really...