Lucky for us humans to find a mate, just need the courage to go outside or use the app for Dating. Now imagine how hard it is to have fish that live at depths of seas and oceans. There is almost no sunlight penetrates, so the search for a suitable partner for deep-sea creatures takes a lot of time. In such circumstances, males who have found the female, should do anything, just to lose it. European anglerfish (Lophius piscatorius), which are among the most feared fish in the world, has developed a very clever way to create strong relationships. They simply attach to the organisms of females and become parasites, obtaining nutrients and love. Watching this, scientists admire and wonder why the immune system does not reject females trapped male?

About the unusual interaction of European anglerfish was described in a scientific . These fish are also known as "sea devils", because they have not the pleasant appearance of sharp-toothed mouth and glowing lures on the body. The body size of angler fish depends on their species and sex — females are much larger than males. These creatures are very difficult to detect because they have well-developed disguise. Moreover, they themselves are dyed in a dirty color, and on both sides they have hanging pieces of skin. They squirm under the influence of water and look like part of the underwater plants.

Despite the scary appearance, monkfish is popular in Italian and French cuisine

From this it is not surprising that the tiny male angler fish is it so hard to find females. However, if this meeting takes place, the male without much thought bites into the belly of the lady with sharp teeth. As soon as the female notices this, she releases substances that dissolve skin and allow the male to merge with it together. Fabrics are mixed, the circulatory system becomes common to the two organisms and, over time, the male begins to lose some organs like eyes and fins. Internal organs he is no longer needed, so eventually they too disappear.

the Arrow shows the male to the female trailer

This Whole process is amazing and in the existence of this kind of interaction between males and females even hard to believe. Some scientists have guessed about the unusual relationship between the anglers in the first half of the twentieth century, but some people were convinced that this is fiction. Over time, doubts have disappeared, because the process was able to remove the video. It is possible to see how the abdomen of a large female stuck tiny fish is a male. In the scientific community they rightly called "sexual parasites".

functioning of the immune system

So, the existence of this phenomenon no doubt left. Only here for a long time scientists could not understand how the immune system of the female does not rejects from a foreign body? After all, if he's with the big share of probability simply will not survive. If only it were that simple, surgery for organ transplants would take place quickly and easily. And no waiting to receive viable for transplant organs would not exist.

To find out why the immune system of the female angler fish does not reject the males organisms-parasites, the researchers carefully studied their genes. It turned out that the organisms these fish do not produce the molecules that tell the body about the discovery of alien tissues. According to biologist Jeremy Swann (Jeremy Swann) from the max Planck Institute (Germany), in organisms of anglers virtually no immune cells that can destroy the "invaders". Thus, males nothing prevents brazenly penetrate the organisms of females and to live at their expense.

Thus, it turns out that the anglerfish — one of a kind creatures. If people did not have warning of molecules and cells to kill foreign cells, we would simply become extinct. But deep-sea fish somehow manage to survive. Scientists while it is not clear how they can avoid Contracting various infections. Maybe at great depths without sunlight they simply do not. But while this is only speculation.

On the topic of deep-sea fishes at our website there are lots of articles. For example, I recently wrote about the fact that the inhabitants of the depths of the seas and the oceans is so black that you cannot see even with a lantern. What explains this phenomenon . Pleasant viewing!

Northern plus very mysterious, but what we know about him? punish the world, where is it? Can the ball be edge? Thou not much to complain about and to be attached to some point, then this edge can be considered a pole. They really... 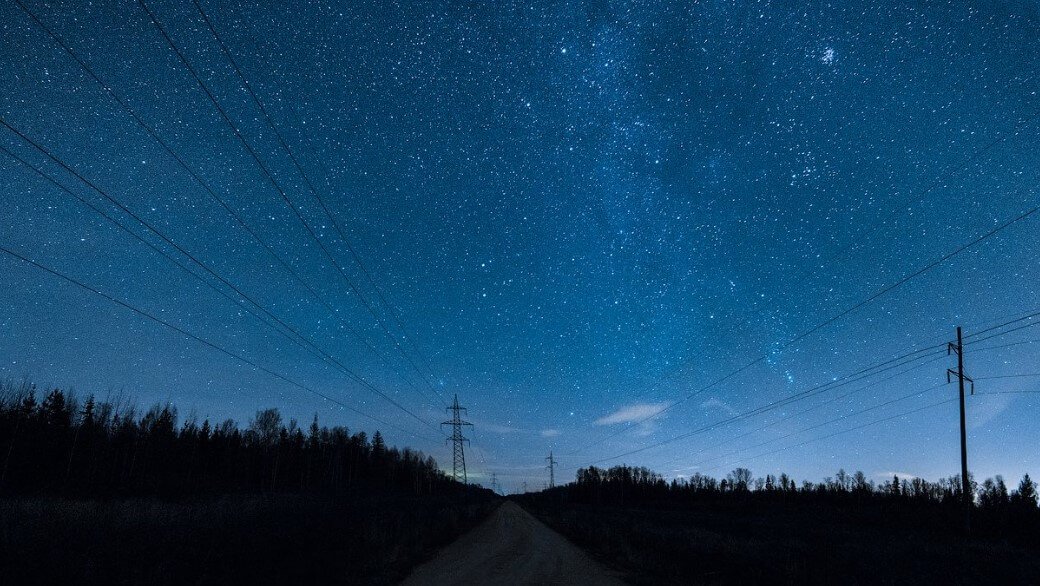 From what place on Earth better to see the starry sky?

a starry sky you can meet not everywhere If you live in a big city and decide to go outside to look at the starry sky, the most you'll see is a couple of blurry dots. In General, no romance. So if you really want to enjoy a scatte...