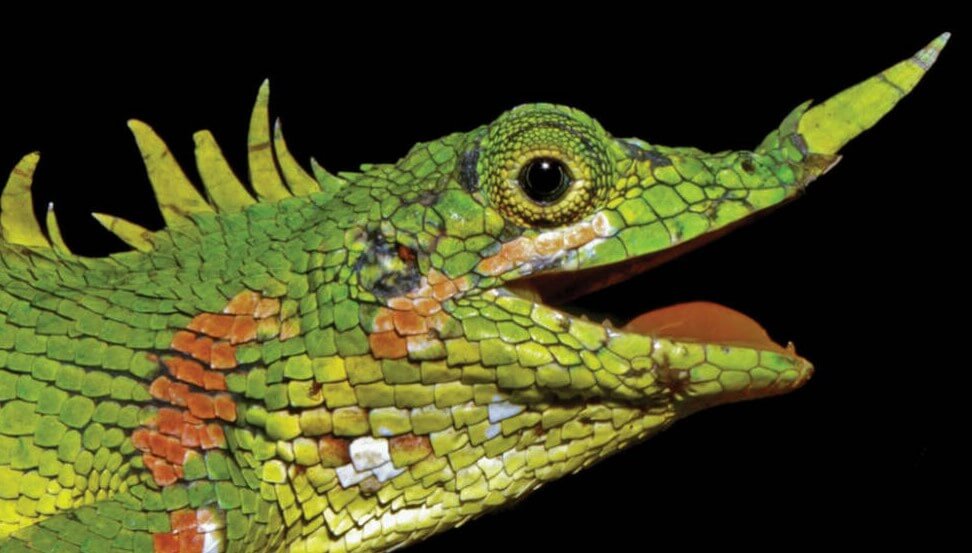 In the late XIX century Italian Explorer Elio Modigliani (Elio Modigliani) went to the island of Sumatra. This huge piece of land considered part of Indonesia and is famous for its dense tropical vegetation and an abundance of wildlife and the Smoking volcanoes. The researcher collected there are many types of plants, caught exotic animals and brought them to Europe for study. Among the captured animals were amazing lizards, whose nose grew a sort of horn. Features of these animals was only described by scientists in 1933, based on the preserved in the Museum of the instance. This individual has long been dead and still the scientists could not detect any living lizards of this species. But recently they still were discovered and carefully studied.

New to the scientific world, the reptiles were lizards called Modigliani, but they have a more beautiful name — nosoroga dragons. In the scientific literature of the XX century they were described as covered with smooth skin of animals, the distinctive feature of which is "horn", located on the fore part of the muzzle. Probably, scientists believed these lizards extinct, because for nearly a hundred years, they have failed to meet any one living individual. But nature sometimes presents to mankind sudden surprises.

Explorer Elio Modigliani, and he found a lizard

In 2018, the researchers found in Sumatra dead body of a lizard with its characteristic nosology dragons features. They suggested that once again found extinct lizards and organized a completely new expedition to a tropical island. They had strictly defined goal — to find living individuals mysterious animals. Because the body of dead individuals was relatively fresh, and this means that they're still alive, just well hidden.

About the meeting with like dragons lizards was described in a scientific . Researcher Chironis Putra (Putra Chairunas) and his colleagues found a live lizard Modigliani sleeping on a low branch of a tropical tree. As it turned out, these creatures are able to change the color of their skin at the sight of the people, found the prisoner and turned from the bright green of the animal in brown. Researchers believe that changing the shade of their skin, they are disguised in the surrounding space.

At the sight of the researchers, a bright lizard became dull

The Researchers took a picture similar to the dragon creature from different angles, studied his behavior and released at will. At the moment to say exactly how these creatures hunt and what to eat, impossible. This requires additional investigation, so we all need to hope that scientists will be able to find more living specimens. It would be interesting to watch how they interact in the group and how active they are a way of life.

At the moment we can assume that lizards Modigliani very secretive — after all, how else to explain the fact that they are as difficult to detect? Although, it may be that they're just well camouflaged, like chameleons. Also, based on the results of the second meeting people with unusual lizards, they are particularly at risk. After all, just think — at the sight of the unknown creature, dangerous creature wouldn't try to blend in with the surrounding world. It would be attacked: attacked and bitten, sprinkled with poison'd or scratched. But the lizard Modigliani did not behave aggressively.

Who is dangerous to humans, so it's a poisonous snake. In addition, they also

At the moment scientists know that the opening in the XIX century "dragons" exist even today. Besides, they know where they need to look for — is also great news. It remains to wait for more research to scientists were able to examine in more detail the lives of reptiles and tell the world about it. When these things happen and the results will indeed be worthy of attention — our site will definitely be about this stuff.

In the meantime, we encourage you to read other material in which I spoke briefly about the plant, which in 2009 was considered to be fully erased from the face of the Earth. However, scientists managed to detect it and this has helped them unmanned aerial vehicle with built-in camera. Want to see what it looks like this is a rare plant? Then ! 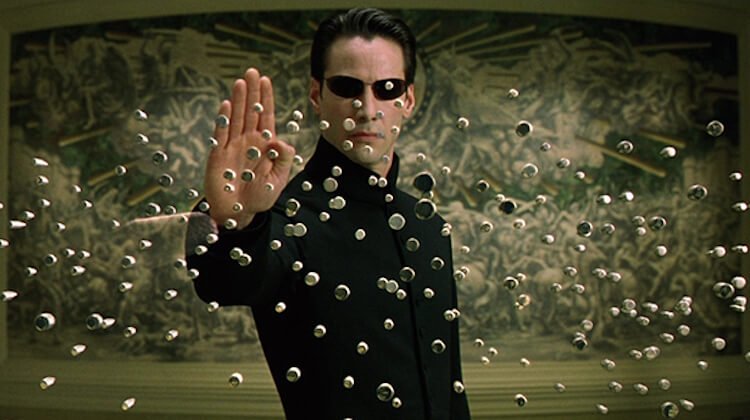 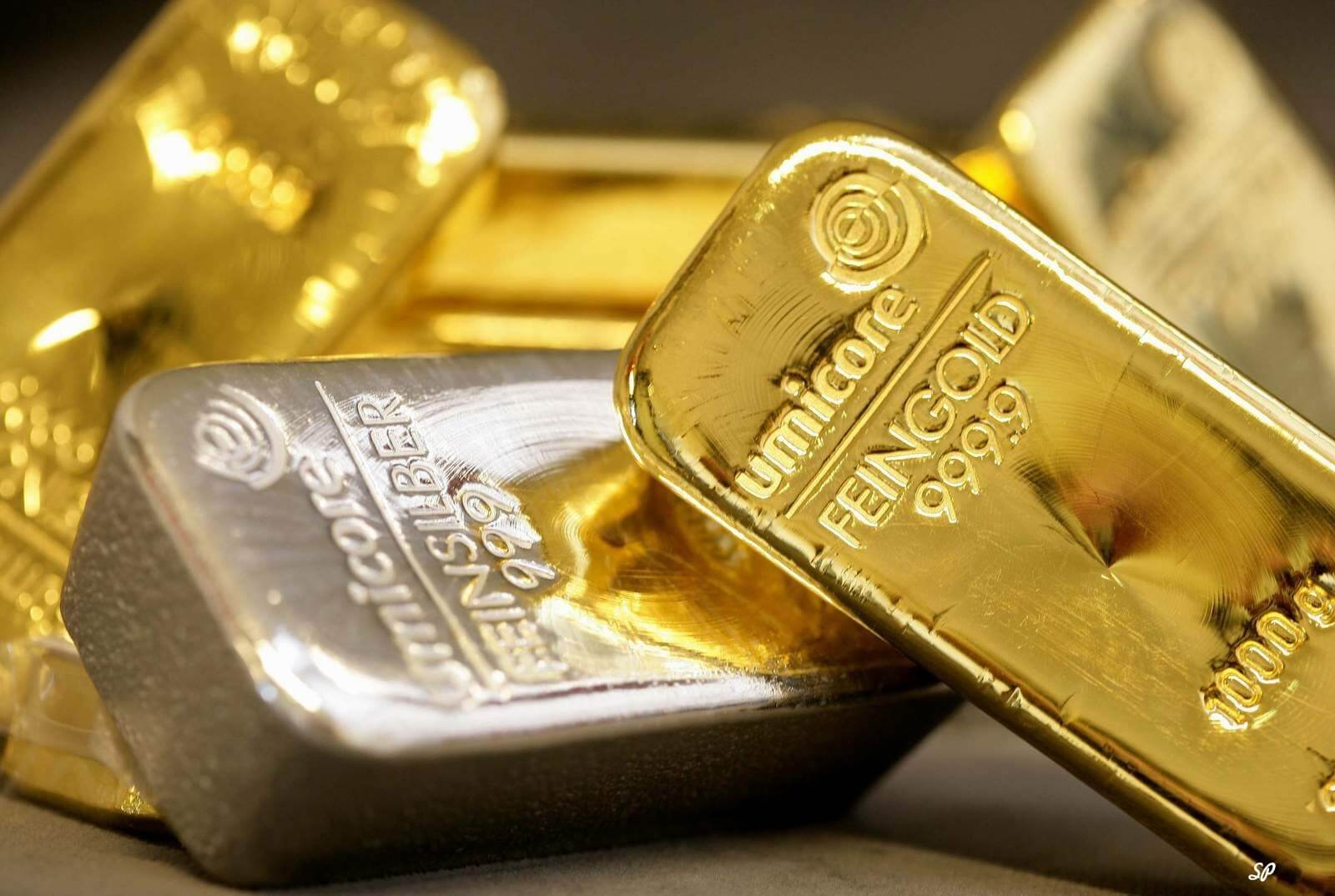 The most valuable metals on Earth

today there are more than 90 varieties of metals the Modern periodic table includes 118 chemical substances. Most of this table is made up of various metals — these include more than 90 of all open items. A variety of metals is ve... 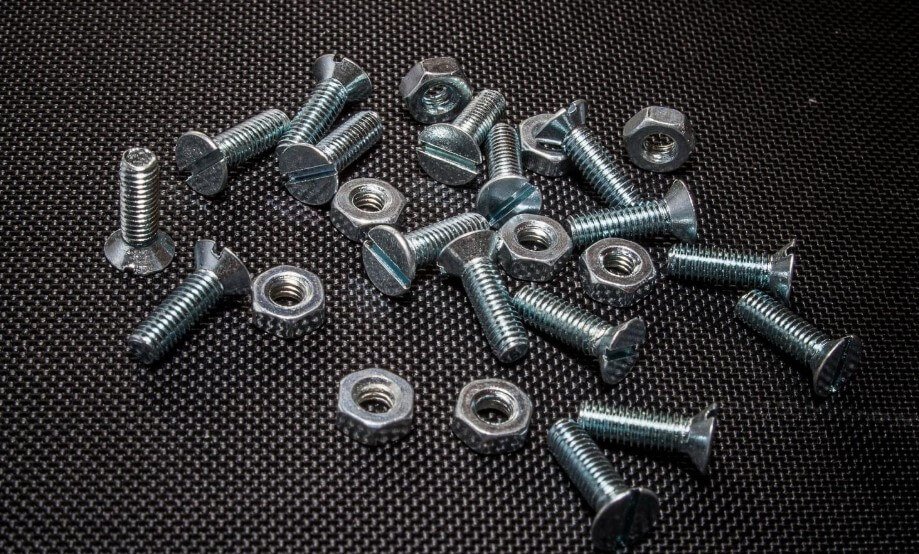 The most interesting metals on Earth

take a Look around — we are surrounded by metals. Millions of years ago our ancestors made tools of wood and stone, but after thousands of years they learned to use metals. From this moment on, humanity began to evolve at an incre...