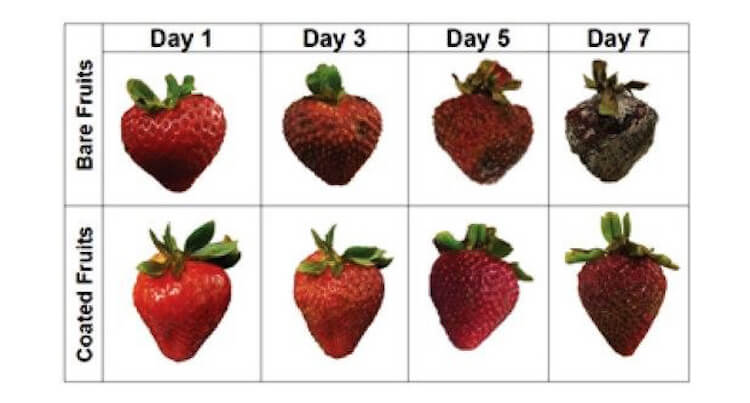 How many times have you reminisced about some of the products when they were covered with mold and had to throw them away? I bought unripe avocado, leave it for a couple of days to become tasty, but in the end... remembered after about a week, when the fetus already had the to spread it on toast or eat just like that. The problem is that most products — in particular, fruit, very small shelf life. In stores often cheat and try to extend the deadline by rubbing the fruit with wax and it really helps, but not much. Recently, however, scientists have managed to develop a new substance which allows the fruits to stay fresh longer than a week. And it has no taste or smell.

How to keep fruit fresh

In the article biologists tell us how they managed to achieve such results. Based on substance they took a regular egg whites, adding curcumin, and small crystals of cellulose. According to the study, this coating is easily washed off with plain water without using detergents. While the effectiveness is significantly superior to existing methods of "preservation" of fruits.

Scientists have been trying to find a way to increase the shelf life of food products. The point is to develop a coating that will prevent water evaporation and at the same time, the growth of microbes. The most common way to extend the life of fruits is the wax — covered indeed stay fresh longer and thus begin to look brighter and more appetizing. However, this method is not ideal. First, the wax is very stubborn with fruit — you probably noticed how difficult it is , even have to RUB the sponge for washing dishes. In addition, when the wax gets in the body, it is split and may affect some metabolic processes and destroy cell membranes. Not to mention the fact that such processing need additional time, and many of them said that the wax greatly affects the taste of fruit.

Another substance that is used for the same purpose, is chitosan. This is one of the most common naturally occurring organic compounds, which refers to natural polymers.

As the wax, chitosan forms a film on the products, which delays the evaporation of the water and inhibits the formation of bacteria. He also washed out bad, but the harm from it is less.

A New substance developed by the researchers consists of egg whites — due to good biocompatibility, he became the perfect Foundation. It added dry egg yolk, for the repulsion of water, glycerin, to improve the elasticity of the mixture and curcumin. The latter has antimicrobial and antioxidant properties. Blending of ingredients was carried out at a temperature of 80 degrees Celsius. After cooling to room temperature there dipped fruit, and watched for a reaction.

The Study took place on four fruits: avocado, strawberry, banana and papaya. At the time, as uncovered the products were unfit for food, within a week, fruit with the new substance remain fresh for up to 7 days, and then started to deteriorate. For example, strawberries have lost only 35% moisture for 5 days with a new cover, whereas the loss of up to 60%.

In addition, all the fruit is subsequently cut to look at their firmness and the internal state. Covered products were not only more flexible, but also fresh. Also, scientists were able to confirm the antibacterial properties of a new composition. They put on the surface, oiled them, coliform bacteria, and after a night of microbes disappeared.

In the future, this discovery may help deal with world hunger — who estimates that about one billion people in 2019 starving. A lot of food wasted and not used, because products often deteriorate, until you get to the shops from the farms (and under the scorching sun of Africa this is not surprising).

Now, scientists need to disseminate their discovery, and because this method is not costly this method of processing products may soon adopt many farms. So we eat more fruit! No wonder they relate to the brain. But it is better to use them as early as possible, of course.

Now the products will be kept longer. 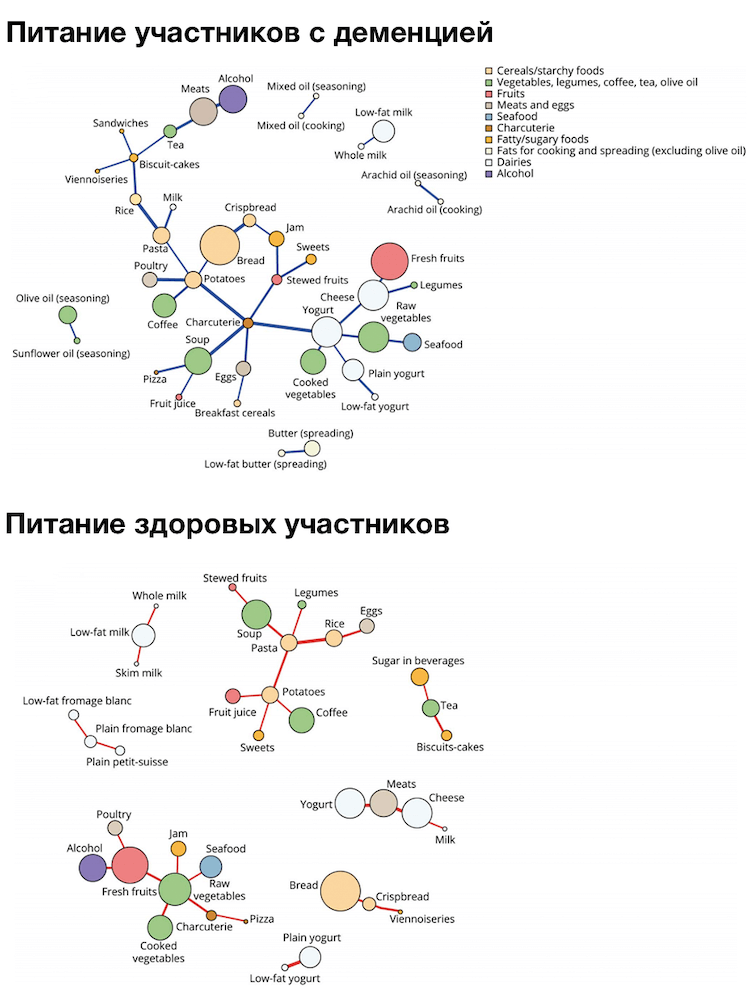 Who wouldn't want to get a tablet, taking that, it would be possible to make a super memory? Yes, much like in the film "fields of darkness". But while such developments there (or we just not talking about them), people trying to ...

The researchers first created antibodies that can destroy coronavirus

For several months, scientists from many countries, including Russia, are trying to create effective the vaccine for coronavirus. And their labors finally gave the first fruits: scientists from the two countries were able to ident...

The amount of micro-plastic on the sea floor, shocked scientists

we All say that nature is polluted with human waste. It is really so. Around us lots of dumps, which are constantly replenished. Something, bypassing the landfill (or them) falls into the ocean and floats there in the form of tras...